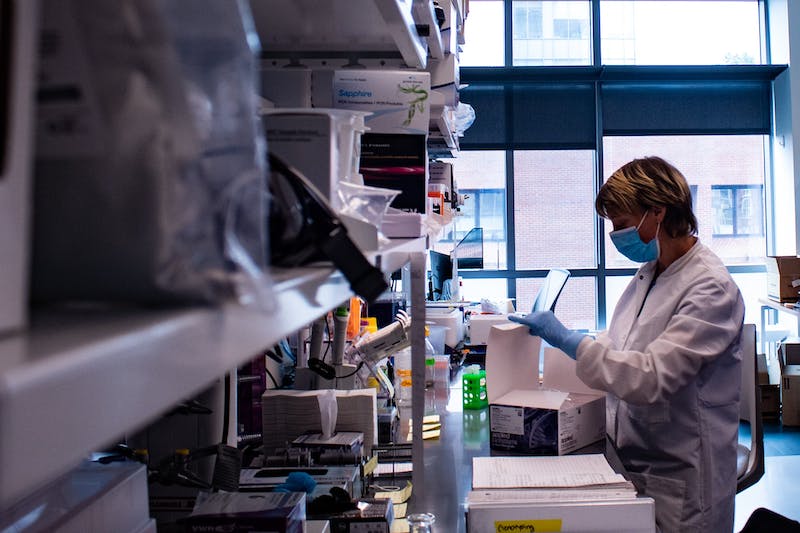 The Chan Zuckerberg initiative has awarded a team of researchers – which includes six UNC faculty members – a $ 3.5 million grant for their research into respiratory function and development in children.

The project, titled “Mapping the Pediatric Inhalation Interface: Nose, Mouth and Airways”, will contribute to the Human Cell Atlas, a collaborative project whose ultimate goal is to map every cell type in the human body.

The initiative has already awarded grants to several researchers at UNC for projects related to medical imaging, software development, the COVID-19 response and more.

In total, the initiative provided grants to 17 groups of researchers representing 15 countries.

Dr James Hagood, coordinating senior researcher and professor of pediatrics in the division of pulmonology at the UNC School of Medicine, said the project aims to better understand the structure and function of respiratory cells.

â€œWe are trying to create a cellular and molecular map of the nose, mouth and airways in infants and children,â€ Hagood wrote in an email. “Think of it as a ‘Google Earth’ of those body parts.”

The project is a collaboration of institutions around the world, and the University’s participation is an important milestone for its clinical research programs, said co-principal investigator Dr Richard Boucher, director of the Marsico Lung Institute.

â€œMuch of the work at UNC laid the groundwork for what questions should be asked (in this project) and how they should be asked from a technological standpoint – I think that’s why we got the grant, â€Boucher said. “It puts the UNC in the big league in a way, because it really is a knot in this large, star-studded group of institutions and investigators.”

University researchers will collaborate with a team of international scientists to analyze cells involved in respiratory function and beyond. Samples for research will be collected from six countries: Brazil, Germany, India, Malawi, Vietnam and the United States

â€œA lot of the measurements of gene expression and different cell types based on genetic background and environmental exposure will actually be done at UNC,â€ Boucher said. “The complex analyzes will be carried out partly at UNC, partly in Germany.”

The team’s emphasis is on studying tissues from people of diverse origins and environments in order to better understand the many factors that affect respiratory development, said Purushothama Rao Tata, who was a co-principal investigator and assistant professor of cell biology at Duke University.

Studying people with diverse genetic backgrounds is important to the project, Boucher agreed.

â€œWe’re all different and we react to things differently, so this type of multinational study gives you real information on what genetics have to do with it,â€ Boucher said. â€œThe ability to study different genetic backgrounds in very different environments is a powerful approach. “

Hagood said the network prioritizes diversity, inclusion and justice in the overall plan so that ancestry-related biodiversity can be differentiated from lived experiences of structural racism and poverty.

The samples will be collected locally by clinicians at sites in their respective countries, Tata said.

â€œWe all grew up in a different environment and depending on the environment our fabrics have adapted to that as well,â€ Tata said. “We want to take into account all the diverse populations around the world and map the tissues and molecules associated with those tissues.

The study will focus on a better understanding of pediatric tissues, with a particular focus on the nose, mouth and respiratory system, including the lungs at the cellular and molecular level, he said.

Co-principal investigator Kevin Byrd, research instructor at UNC Adams School of Dentistry, said in an emailed statement that studying the pediatric respiratory system will lead to better therapies and treatments for disease.

â€œThis atlas of the ‘inhalation interface’ will be organized and open to the entire scientific and clinical community to accelerate our understanding of disease progression and guide therapeutic strategies in children,â€ said Byrd.

In addition to analyzing samples, the researchers plan to conduct studies in which they follow the respiratory development of children from birth to late childhood, with the ultimate goal of creating better treatments for those with respiratory illnesses. whether it’s a chronic disease, bacterial or viral infection, Boucher said.

â€œWe believe this will be a major breakthrough in understanding children’s health,â€ Hagood said. â€œIf we know in detail what ‘normal’ looks like, we can better understand what is wrong with diseases, so that we can design better treatments. “

To receive the news and headlines of the day in your inbox every morning, subscribe to our email newsletters.