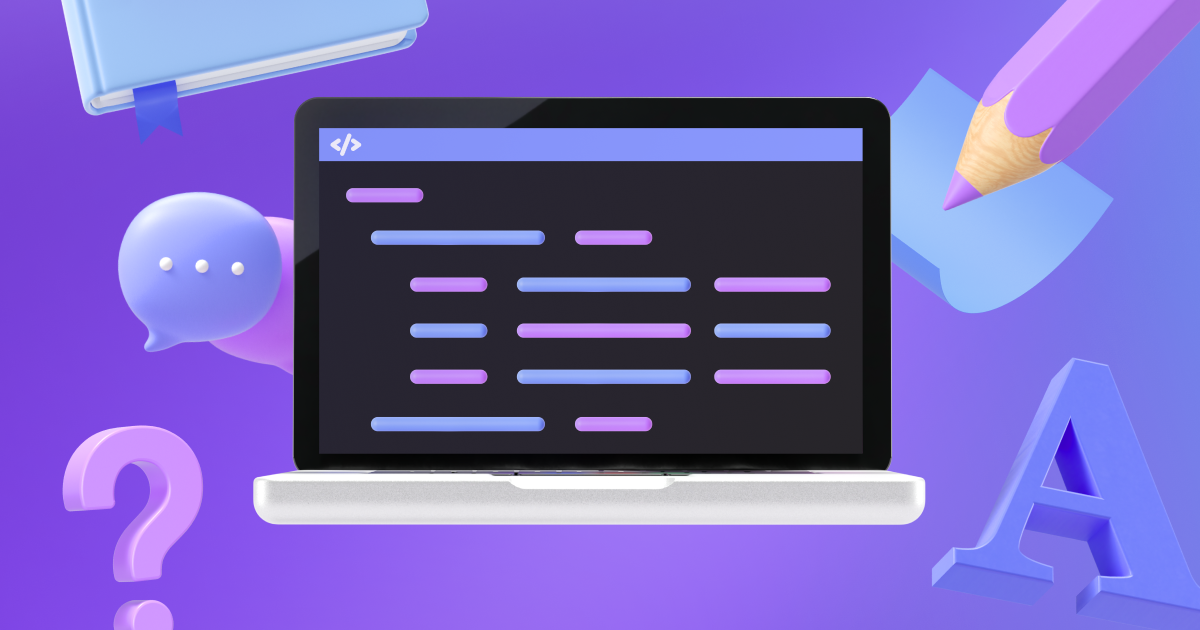 3 Tips to Beat Junior Nervousness When Getting Started in Tech

After graduation, I was hired as Pitch’s first junior engineer. I was looking forward to launching my career in technology. But as my first day on the job approached, I felt anxious about the challenge ahead. Fortunately, with the help of my team, I overcame my junior nervousness and gained confidence in my new role. Here’s my advice for people starting their careers in tech.

Moving from college to a work environment was a big adjustment. With my computer science degree in hand, I knew I wanted to become a software engineer, but when I got the job at Pitch, doubt hit me:

Was I really ready?

What is expected of me as a junior team member?

What if I break stuff?

What if I don’t succeed?

How do you really use git, anyway?

I had a severe case of impostor syndrome. I was eager to get started, but the idea of ​​joining a team of highly experienced software engineers – working on a product used by tens of thousands of teams – was daunting.

When I started, I decided to be open about how I felt. It was hard to admit how little I knew about software development in practice. But my new colleagues have been incredibly responsive and they’ve all helped smooth my transition.

I realized that it was not my job to know everything, but to learn. With that in mind, here are three things I’ve learned so far about what it takes to hit your stride in your first tech job.

Ask lots of questions — and ask them publicly

Soon after joining Pitch in August 2020, I realized I had a lot to learn about how software is built collaboratively by teams of engineers. College prepared me to write code, but not to ship software to a product team. I didn’t know how to create a pull request, or what it meant to review someone else’s code.

At first, I was afraid that others would find out how little I knew. I was afraid to ask questions because I didn’t want to appear incompetent or naive. But on reflection, I realized that pretending I knew things wouldn’t get me far.

I stopped trying to figure everything out on my own and started talking when I didn’t know certain things.

In short, I stopped hiding my inexperience and started embracing it.

My new approach helped me find the answers I was looking for. But just as important, it gave me a wider range of perspectives – not just from my manager, but from the entire engineering team. I also found that asking a question publicly opened doors to new topics that I hadn’t discovered before.

A few months later, I felt my growth start to accelerate and I started getting shouts from my co-workers:

Asking questions in public didn’t just teach me the basics of team building software at Pitch. It was also the key to learning Clojure – the language in which most of our code base is written. My change in approach has helped me enormously to progress in just about every way. So I encourage any other growth-minded junior engineer to stop hiding and start asking.

When you’re new to technology, it’s natural to assume that your manager will tell you what to do and how to improve. I assumed it myself, but have since changed my mind.

A good manager provides advice and mentorship. But I’ve learned that if you really want to thrive, you have to take ownership of your personal growth by making your development a two-way conversation.

Even in relatively small engineering teams, a manager has many different responsibilities (and other people to manage), so it’s up to you to help them grow. Read first-round reviews A tactical guide to managing really enlightened me on this.

In my first weekly one-on-one meetings with my manager, Oskar, I expected him to lead the conversation and tell me what to focus on. But after reading about management, I changed my approach.

I created a shared document, and before each one-on-one, I wrote down the topics I wanted to discuss. I explained how I wanted to spend my time in a given week, what was blocking my work, the questions I had and where I wanted to grow.

We like to adapt this model for the 1:1s of my team at Pitch.

These preparations really improved the quality of my relationship with Oskar – it made it much easier for him to give me feedback and help where I needed help. Our discussions became ten times more productive and the way we worked together improved a lot.

Become an expert on a subject, even if it’s not flashy

At Pitch, we help newcomers get to grips with our codebase and workflows by getting them to work on small tweaks, improvements, and bugfixes before they take on big features.

My first tasks focused on small improvements to the user onboarding flow. It wasn’t the flashiest part of our product, but I was really excited to be working on something that gets touched by every new user. After spending a few weeks making these small improvements and fixes, I was assigned my first big feature: passwordless authentication.

Passwordless authentication lets you sign up for Pitch with a simple one-time code – no long, complicated passwords needed. Cool, right?

Tackling this feature just a few months ago was a challenge for me, but I got to observe our authentication flow up close and how users get started with Pitch. By the time the feature was finally delivered, I had gained in-depth knowledge of our onboarding flow. This proved invaluable as I moved on to creating many other integration features.

It was great to become an expert on a subject — and to rely on my teammates for the expertise I had developed.

These days, I’m not so junior anymore. I tackle more advanced technical features. I’m also bringing my expertise to a new team that’s helping Pitch grow by making it easy for users to get started, invite teammates, and share their work.

Thinking back to my early days at Pitch, I now realize that I put too much pressure on myself. Pitch didn’t hire me because of everything I knew – I was hired because of my ability to learn and grow. To this day, I still consider this my most important skill set.

In that sense, starting my first job as a software engineer was not a transition at all. It was a continuation of the learning path I had followed since kindergarten. It’s been a rewarding adventure so far. And as long as I remain open to learning and growing, I’m sure the future holds much more.

If you’d like to join me and my team on our journey, we’re hiring — so get in touch!