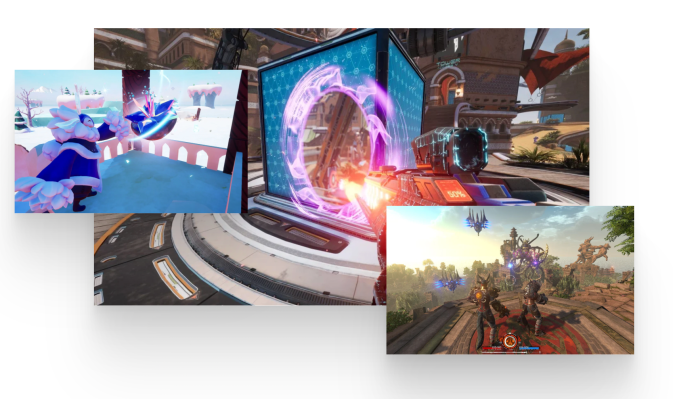 The company’s last funding announcement was in August 2021 for a $10 million Series A led by Galaxy Interactive. To date, the startup has raised a total of $70 million. Accelbyte did not disclose its valuation.

The Seattle-based startup will use the money to improve the core platform for game creators and support the continued development of tools to operate AAA-quality live service games at scale.

AccelByte CEO Junaili lie, who previously led Epic Games’ backend engineering team, founded this startup in 2016. While working at Epic Games, Lie realized that there was nothing flexible enough to support the heavy backend requirements of the then fledgling Epic platform that his team had been tasked with building. Lie told TechCrunch that he wants to democratize game creation and provide indie creators big and small with the same access to AAA-grade tools and platforms to create games and multiplayer experiences.

The company has seen strong traction as the gaming industry has seen explosive growth in well-funded, venture capital-backed studios. AccelByte says it has tripled its number of customers since Series A, and more than 30 studios rely on the AccelByte platform, Lie told TechCrunch. Its current clients include Dreamhaven, Build A Rocket Boy, 1047 Games, KRAFTON, Deep Silver Volition, Theorycraft Games, Remedy Entertainment, Raid Base and Starbreeze Studios, among others, Lie noted.

“Many of these creators have started making live service games and they simultaneously realize how difficult it is to build a scalable backend platform from scratch. This results in delayed ship dates, titles that struggle to scale at launch and a backlog of live service features that never get implemented in-game,” Lie said in an interview. “Building a bespoke backend platform distracts and diverts resources from this what game makers really want to spend their time doing: perfecting the core gameplay loop for their players.”

AccelByte says game developers can extend the AccelByte platform’s individual services, which are built on a microservices architecture, to meet their unique gaming needs. Lie said AccelByte has a host of microservices, including cross-platform matchmaking, player progression, entitlements and catalogs, season passes and more. Its platform is game engine independent, with Unreal and Unity SDKs available, and supports cross-platform play on PC, Xbox, PlayStation, Nintendo Switch, iOS, and Android.

“Unlike competitors PlayFab and GameSparks, AccelByte is a single-tenant offering where each customer is provisioned in a dedicated environment that is massively scalable for millions of gamers. This means that each microservice is fully customizable, extensible and [if need be] forkable to meet the unique requirements of that particular game studio,” Lie said.

AccelByte has more than 300 employees worldwide, including in Canada, Indonesia and China.

“As games become more complex with the rise of cross-platform multiplayer and live services, there is an increased need for scalable and efficient infrastructure to minimize time to market,” said Robert Kaplan, chief investment officer at SoftBank. Investment Advisors. “We believe AccelByte has built a leading backend solution for the gaming industry, giving developers the platform and tools to scale games faster, easier, and at lower cost.”