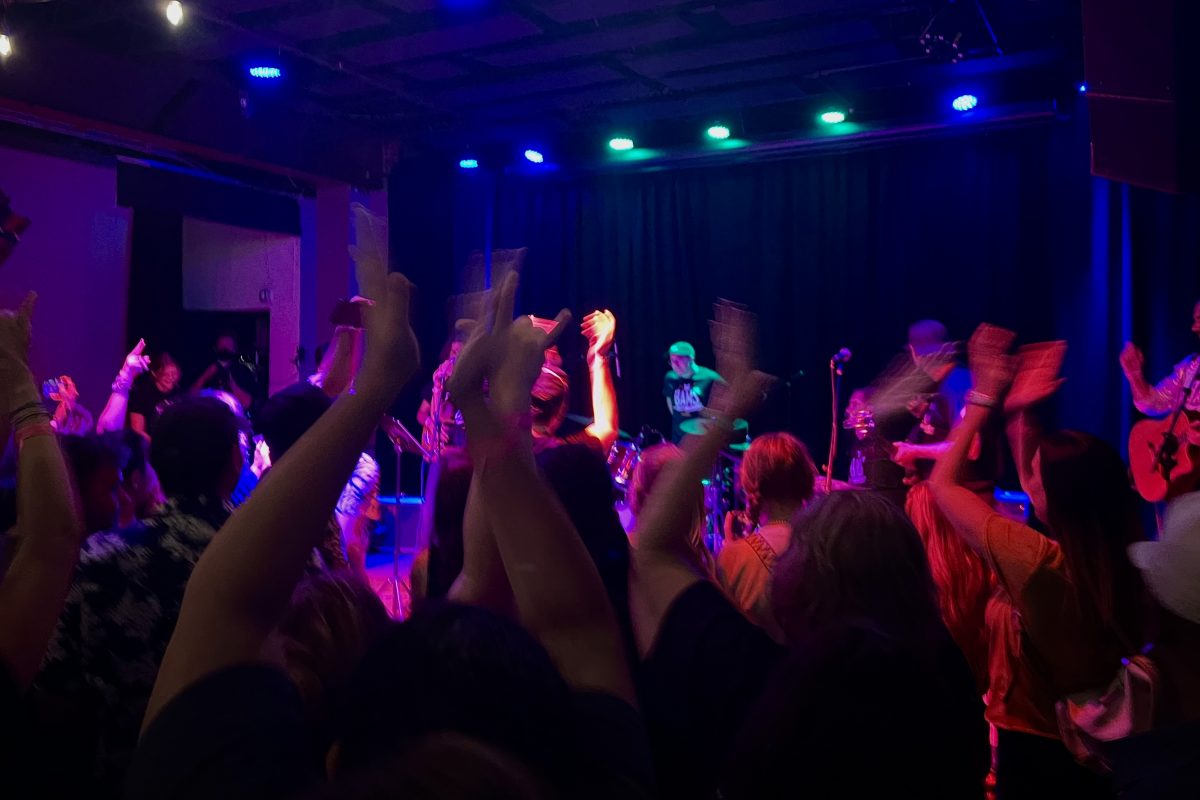 Battle of the bands raises over $25,000 to help end homelessness in Gainesville

An uplifting atmosphere filled The Wooly on Friday night as around 200 attendees sang and danced as local bands swayed under the dim red glow of the stage lights.

Although the crowd cheered all night long, they roared with excitement when it was announced that attendees had raised a record $25,000 to end homelessness in Gainesville.

Tech Battle of the Bands, an event organized by startGNV and GRACE Market since 2014, marked its return in 2022 after a COVID-induced hiatus since 2019. The annual event raises funds for GRACE Marketplace, a non-profit homeless resource center that provides all the services needed to get people out Gainesville residents from homelessness, including food, shelter and job training.

At the event, four bands — each made up of employees from a local tech company — performed and competed to raise money for the cause. StartGNV, a nonprofit that supports innovators in Gainesville, organized the event to connect the tech community and help end homelessness, said Vice President Christine Caven. The event also raises awareness of the impact of technology on affordable housing, she said.

“With new tech companies coming to town and startups forming, it often increases the likelihood of homelessness,” she said. “With new developments, people are being moved from different housing situations.”

GRACE Marketplace executive director Jon DeCarmine said tech companies are creating better-paying jobs in cities. An abundance of these jobs creates opportunities, attracting people to these areas and consequently increasing rents. At the same time, it forces others to gentrify, he said.

“The local tech community wants to be proactive,” DeCarmine said. “They understand that if they’re going to have that kind of impact, they should be part of a solution as well.”

The $25,000, raised through ticket sales and bidding on auction items, goes directly to GRACE Marketplace to cover the costs of meals, lodging and other basic needs, he said. The organization runs about 140 emergency shelter beds, serves 150,000 meals a year and runs about 40 affordable housing units in Gainesville, he said.

Tech Battle of the Bands not only raises funds to end homelessness, but it also unites Gainesville on their love for music.

Band members played everything from keyboards to cowbells, and performances included songs such as “Twist and Shout” by the Beatles and “Can’t Stop” by the Red Hot Chili Peppers.

All four groups included talented musical employees from Infotech, Feather, IC2 and the Gainesville Remote Workers of DuckDuckGo, Tangram Vision, Elaborate and Zapier. The winner of the Battle of the Bands was Feathr, a digital marketing company.

Feathr employee Kaitlyn McGowan, 31, is a returning participant who was proud to support her colleagues and GRACE Marketplace, she said.

“This event combines the talent of the tech community with homelessness awareness,” McGowan said. “It brings this issue to the forefront of the community.”

The company group that closed the event was Infotech, a road construction software development and consulting firm that has been in Gainesville for more than 45 years, said Lacey Jones, associate vice president of the marketing and communications. This event allows tech companies to engage in friendly competition while promoting Gainesville as a tech hub, she said.

Jillian Dinius, a member of the Infotech group and senior talent specialist on the people, culture and communications team, said charity concerts like Tech Battle of the Bands benefit from music because it’s a universal language. .

The 33-year-old has been passionate about music since she was a child and always wanted to be in a cover band, she said. Opportunities like the Battle of the Groups allow employees to bond around their shared passions and create a more connected workplace, she said.

Dinius said she may never have met Travis Tooke, 50, who designs and develops construction management software at Infotech.

Tooke said the Battle of the Bands gives him a chance to pursue his passion for music while giving back to the community alongside employees of other Gainesville tech companies.

“What lines up beautifully in my own heart is that we do it par excellence,” he said. “Not because we want to dominate the competition. You don’t go into a sport saying, “I want to beat the person I agree to compete with.”

The power of music inspires people to donate to support GRACE Marketplace and evokes compassion in everyone, he said.

“The connection, empathy and understanding you get from music can be inspiring,” he said.