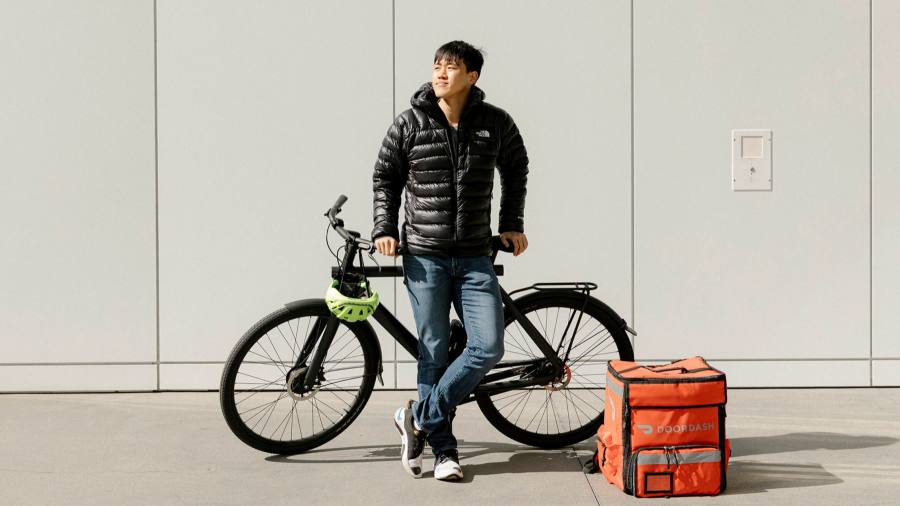 In March, DoorDash co-founder and head of consumer engineering Andy Fang could be found dropping off an order from a sushi restaurant at a customer’s apartment in San Francisco.

The food delivery app had restarted its WeDash program which requires all of its salaried employees in the United States, Canada and Australia to hit the road and make deliveries. “It’s pretty central to our DNA as a company…it ties into one of our values ​​to be customer obsessed,” Fang says.

The act of testing your own product or service has been dubbed “dogfooding” in the tech world. This has traditionally happened in software development, but the use of the term has since broadened to refer to other employee initiatives, such as spending time in front-line roles. When DoorDash was created in 2013, the founders did the deliveries themselves out of necessity. His WeDash initiative, which began in earnest in 2015 before being halted during the pandemic, has become a necessity in corporate policy.

According to Fang, “One thing that makes this program so effective here is the fact that the founders and management team of the company are passionately committed to it.” He recently used it to test the feasibility of using e-bikes for deliveries, partly in response to rising gas prices and concerns about environmental sustainability. He describes WeDash as a way for staff to understand company culture, stay in touch with frequent product changes, and provide feedback on how to improve service.

However, at least one DoorDash employee was unhappy with WeDash’s reinstatement. In a post on the Blind job app in December, the staff member claimed he had not been informed of the policy before joining the company and appeared to object to the tracking of deliveries in the evaluations of performance.

In response, Fang says, “It’s something the vast majority of the employee base has been positively receptive to. We give people different opportunities to engage with the product. The company asks staff to make at least four deliveries and they can also shadow colleagues in charge of customer experience, to make up 10 “dashes” a year. Shadowing restaurant partners on the DoorDash platform will also become an option. Employees are encouraged to perform one of these tasks on a monthly basis.

Other participants in the ‘dogfooding’ include Airbnb co-founder and chief executive Brian Chesky, who announced in January that he would be staying at Airbnb rental properties every few weeks – he made a stint similar in 2010. John Zimmer, the co-founder and chairman of Lyft, has had a tradition of New Year’s Eve rides for the ride-sharing service for the past 10 years.

Jennifer McFadden, associate director and lecturer in the practice of entrepreneurship at the Yale School of Management, says employers need to consider whether such practices are the best use of the time of top-earning employees because of the cost to them. the company. “Personally, I would say yes,” she says. “Anything you can do to get closer to your customer in any way, shape or form is great.”

She did, however, raise concerns about safety and the ability of employees to understand the issues faced by workers in the gig economy. “I think it helps you build empathy with your end user, but you really can’t understand that role unless you step in, your salary depends on it, you feed your family based on that salary, you work 14-hour days.

The phrase “eat our own dog food” was popularized at Microsoft in 1988 by former manager Paul Maritz. He emailed about needing to test new networking software internally, using the phrase in the subject line and, jokingly, the test manager then named the test server “dogfood “. “Somehow from there it took on a life of its own and started spreading to other parts of Microsoft and then from there to other parts of the industry,” recalls Maritz. He himself had been inspired to use the term by his first boss, who said it to quiz his team on how what they wanted to build would behave in the real world.

“Sometimes I worry that when I die they’ll write on my headstone, ‘He ate his own dog food,'” Maritz says. The commercial and cultural legacy of the phrase was underscored almost 25 years later when his daughter-in-law started working at Google and returned with a t-shirt branded with the slogan. “It’s a very good discipline to say to yourself, if we can’t use it ourselves, then there must be something fundamentally wrong.”

Ilma Nur Chowdhury, senior lecturer in marketing at Alliance Manchester Business School, says companies should consider whether they have recruited an inclusive dogfooding team that reflects the different needs and backgrounds of employees and customer groups. “You could see a company trying to become a lot more socially responsible, trying to take diversity into account when they go through that process.”

It’s a very good discipline to tell ourselves, if we can’t use it ourselves, there must be something fundamentally wrong.

She thinks poorly thought out dog food programs can lead to issues such as staff fatigue and resentment. [when workplace culture is an issue]but these can be avoided if employees are not forced to work overtime and if frontline staff do not experience ad hoc disruptions in their shifts.

At Zapier, a workflow automation company, all staff are asked to help out with customer support every week. Co-founder and CEO Wade Foster says, “It helps them feel a lot more connected to the work at hand.” He says the policy has led to a better understanding of customer requests and faster resolutions to issues raised on calls, as well as creating a team bond, which includes trust and greater respect for customer service employees.

Foster thinks the policy helps everyone “see through a similar lens” and understand why other departments are pushing for certain changes. At the start of the pandemic, staff inside and outside of Zapier’s customer support team identified the impact Covid-19 was going to have on small businesses and, in less than a week, the company launched an assistance program. “It allows us to better assess opportunities and jump on the ones we think are interesting, maybe just a little earlier than most companies would,” adds Foster.

Such practices are not limited to the technology sector. Before becoming general manager of Burger King in 2013, Daniel Schwartz worked in its restaurants, flipping burgers and learning how other roles in the company worked.

John Lewis, the UK retail partnership, has run its own initiative called Helping Hands since 2006; it is mainly centered on head office staff. Ben Farrell, director of operations planning and delivery, says the co-owned company “many [has] a spirit where we are all in together”.

For the first decade of the scheme, employees were asked to help out in stores at John Lewis department stores and Waitrose supermarkets in the run up to Christmas. The program was then adapted as the nature of the retail sector changed with the shift to e-commerce. Now staff can also sign up to help in their warehouses, contact centers and for home deliveries for a few days during peak periods. “It’s the business that comes to life in front of them.”

Volunteers participate in addition to their usual responsibilities. “People are really remarkably engaged. I know several people who get up at 4 a.m. to go there from 6 a.m. to 2 p.m. [warehouse] shift, and then they’ll go do their day job,” Farrell says. The partnership associates employees with nearby sites whenever possible, to avoid incurring additional costs for the company.

While leading the pandemic response, Farrell’s own experiences assisting with deliveries influenced his approach to employee and customer safety. “All those details you get from doing all that work really help you make better decisions,” he says.

Accounting Software Market to Reach $70.2 Billion Globally by 2030 at a CAGR of 19.6%: Allied Market Research