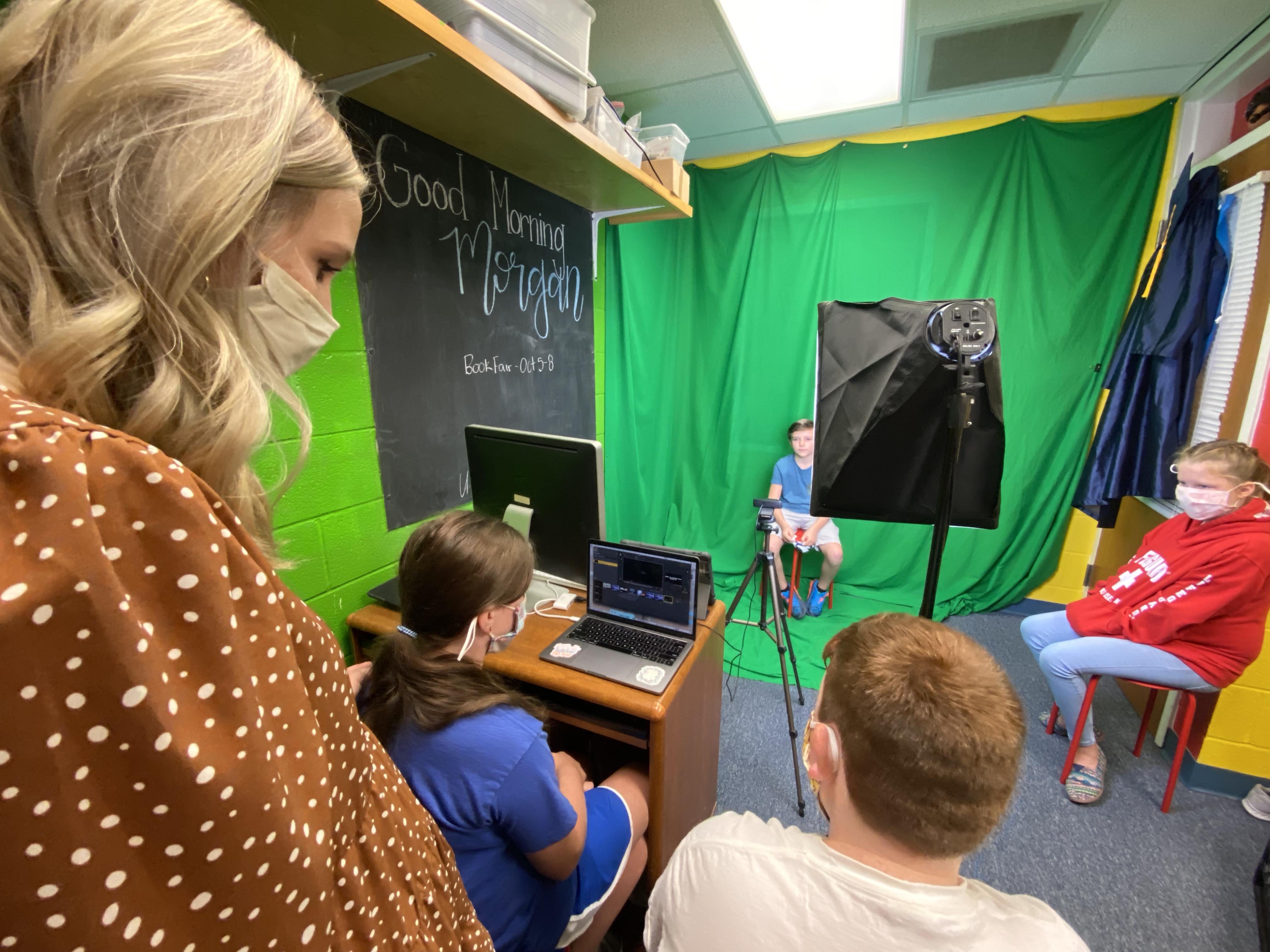 GOLD HILL – Morgan Elementary begins its days with news delivered by its own students.

â€œGood Morning Morganâ€ was started by a former school tech animator, and Kendel Cozart sued him after taking office five years ago.

The program covers school news, local news, sports and weather. It is broadcast directly to other students via streaming software. Students also receive the Morgan Essentials which covers school rules. After some training during the first two months of school, the children do everything.

â€œThey write the scripts, they film, they produce using streaming software, they do just about everything and I’m kind of just the advisor,â€ Cozart said.

Cozart said the show is a good way to keep kids involved in what’s going on at school and to put them in the spotlight as well.

The pandemic made things more difficult during the previous school year. Cozart said the school always wanted to provide this opportunity for students. So sometimes segments were filmed from home and edited together. When they were able to produce the school show, they only had two students in the hall at a time.

Every day now, five students are in the room and they rotate from a team of a dozen depending on the day.

Cozart said the number of students attending varies from year to year. Last year, restrictions put the brakes on things. Cozart had to recruit this year, resulting in the first completely new team for the show since its debut.

Some kids want to be in front of the camera, and some want to work behind the scenes. The program is aimed at fourth and fifth graders.

â€œI had students who knew they didn’t want to be on video at all,â€ Cozart said. â€œThey wanted to be behind the scenes with the software and work on iPads, write scripts. I asked them to join based on their strengths and interests.

Some of the kids who weren’t on the team could join Cozart’s digital media team which helps with projects like the yearbook.

Cozart said she was amazed at the computer skills developed by the students. Working on the show helps some kids become more confident by being professional and showing off their personality.

Cozart said that at her job, she often worked more on devices than directly with students. She started her career as an elementary school teacher and the show gives her the chance to still bond with the students every morning.

Morgan Principal Derek DiStefano said the benefits of the program for students are twofold: it provides a leadership experience and a sense of belonging to the students involved, and provides useful information to the rest of the school.

DiStefano listens every morning and says the kids do a fantastic job. DiStefano said the program is part of the district’s renewal focus on interpersonal skills.