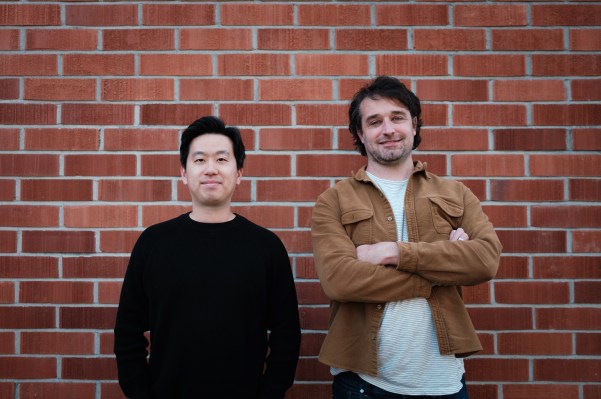 As more software vendors adopt more flexible consumption-based pricing models, many are opting to charge customers on a per-use or pay-as-you-go basis.

While this is easier for customers, it has created headaches for many software, or SaaS, companies that don’t have billing systems that can easily charge customers based on their usage.

Enter Metronome. The startup says it has developed a billing and data infrastructure platform that can “reliably” process large-scale data so usage-based businesses can iterate on business models without code changes. It does this by providing companies with real-time APIs for their customers’ usage and billing data.

Two former Dropbox employees — Kevin Liu and Scott Woody — who met at the company after selling their own respective startups founded Metronome in 2020. They came up with the concept after speaking with hundreds of companies who they said “shared the common pain of making usage-based billing work at scale.”

“This shift we’re seeing in the software market has to do with the value of what a customer gets from the product,” Liu said. “And all of this has been accelerated by the commercial success of Twilio, Snowflake, and AWS, which have proven just how effective these models can be.”

Metronome claims that its offer enables companies to “quickly and effortlessly launch, iterate and scale new business models with a billing infrastructure that works at any size and stage,” according to Liu. The key, according to the company, is that companies are able to avoid designing around billing limits. Clients include Cockroach Labs, Starburst and Truework.

Metronome’s model has attracted prominent names in the investment world. Today, the San Francisco-based startup announces that it has raised $30 million in a Series A funding round led by Andreessen Horowitz (a16z). Seed investor General Catalyst also participated in the round in addition to a long list of angel investors, such as Elad Gil, Lachy Groom, Databricks co-founder Reynold Xin and Ion Stoica, co-founder of Confluence Neha Narkhede, Snowflake SVP of Product Christian Kleinerman, Plaid co-founders William Hockey and Zach Perret and HashiCorp co-founder/CTO Armon Dadgar, among others. The company previously raised a $5 million seed round led by General Catalyst.

Martin Casado, general partner of A16z, believes that the software industry as a whole is moving towards “more granular and expressive pricing models, starting with usage-based pricing.”

“Building a system to support this is an incredibly difficult technical challenge,” he told TechCrunch via email. “Kevin and Scott have the experience and appreciation for the problem, and have built the only system that can support the scale, accuracy, and uptime needed to handle major software vendor billing.”

Casado also noted that he has seen firsthand how the issue can affect software companies.

“As a board member, I’ve seen everything from product releases to critical GTM (go-to-market) changes slip due to billing complexity, even in deeply technical companies. with excellent engineers. As a founder, I also experienced these issues myself,” he said. The investor co-founded Nicira Networks, which was acquired by VMware for $1.26 billion in 2012.

The evolution of companies seeking more flexibility had to happen, Liu said.

“When the first subscription management billing systems appeared 10 to 15 years ago, usage-based models were much more complex,” he told TechCrunch. “Today’s software companies need systems that can work with large-scale, real-time data, which are pretty important attributes of Metronome’s product.”

Woody agrees, adding that Metronome can help companies that have built a new product they want to market as quickly as possible. The startup, he said, has developed an onboarding model that is “least effort” for engineering teams and can get them up and running “very quickly, some in as little as a day. “.

“The billing system we designed is also capable of working with bottom-up, self-serve, go-to-market movement, as well as a very specific bespoke enterprise contract model,” Woody told TechCrunch . “And we really tried to design Metronome to only serve both use cases at the same time.”

The offering, he added, is also designed around scale.

“As a business grows, you’re going to get more customers, and those customers are going to use your service more and more,” Woody said. “And we designed our architecture to scale with that… We designed around resiliency and security. What we build for our clients is a source of real-time truth data that can help power their product and customer dashboards while integrating directly with other business systems.

Currently, Metronome has 20 employees and plans to spend most of its new capital on hiring, especially in its R&D teams and going to market.