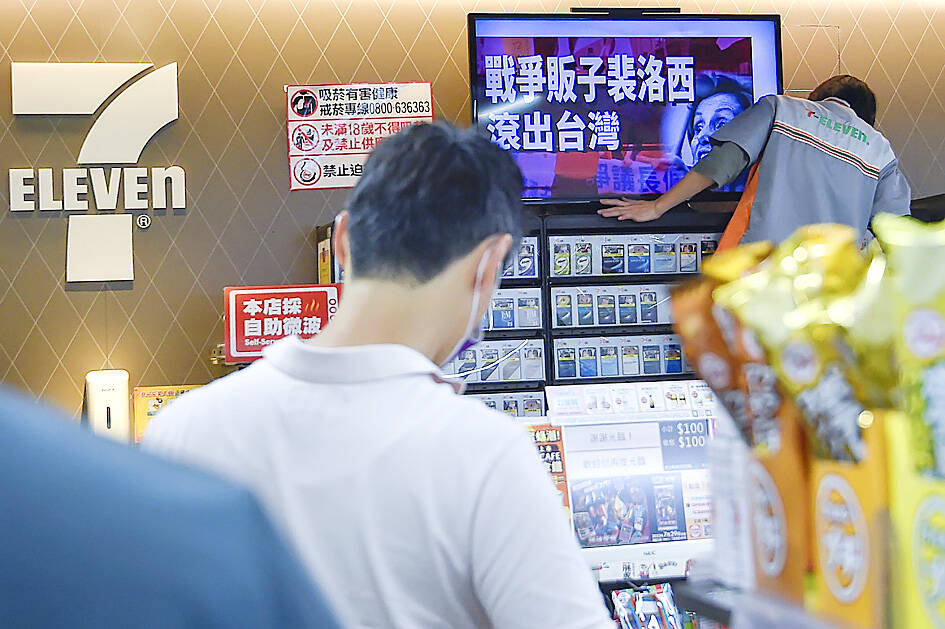 SECURITY:
Proposed measures would ban the use of Chinese-made telecommunications software and hardware by government agencies or strengthen security measures

The Executive Yuan is drafting regulations to strengthen rules and protocols restricting the use of Chinese-made telecommunications hardware and software by government agencies that could harm national security, sources said.

For Taiwanese missions in countries where there is no alternative but to use products made in China, the proposed measures would require agencies to first pass two security checks – one by the Chief of information security section of the government agency and a second by the head of a higher level agency. information security officer, the sources said.

They would then have to file a request for approval by the Ministry of Digital Affairs, stating their reasons and conditions for using these products, the information being entered into a database of special government procurement programs for tracking, the sources said.

The additional safeguards aim to strengthen monitoring to alert information security officials and patch vulnerabilities to prevent leaks and Chinese cyberattacks, they said.

During the visit of Speaker of the United States House of Representatives Pelosi in early August, malicious messages against Pelosi were broadcast on the digital billboard of a train station in southern Taiwan, which was leased to a contractor whose operating software made in China was hacked, prompting the Executive Yuan to take remedial action. to fix the vulnerability.

The Ministry of Digital, as the agency in charge of information security, has proposed stricter restrictions and enforcement of rules against the use of Chinese-made telecommunications hardware and software by amending the ” Principles on Limiting the Use by Government Agencies of Products that Harm National Information”. Security.”

Proposed restrictions would include digital billboards and video screens rented to private contractors from Taiwan Railways and other state-affiliated businesses and public sector agencies.

The ministry released an outline of the proposed amendments, which are currently being reviewed by the Executive Yuan’s Legal Affairs Committee, before the Executive Yuan officially issues an administrative order for their implementation.

Key articles include an explicit ban on the use of Chinese-made telecommunications products, including surveillance cameras, by government agencies and their contracted public use sites, and would be incorporated into a trade agreement for the companies. renting the sites for use.

Separately, in response to allegations that a contractor from whom the Taiwan Armed Forces purchased body armor in 2018 used fabric from China instead of Taiwan, Tung Chung-hsing (董中興), deputy chief of the Department of Defense of the Ministry of National Defense Resource Planning, said yesterday that the armed forces had terminated the contract and handed over the case to justice.

The armed forces are checking other contractors to see if they have ties to China or Chinese funding, Tung said, adding that fabric used in the manufacture of body armor would be listed as l one of the regulated military materials.

Comments will be moderated. Keep comments relevant to the article. Remarks containing abusive and obscene language, personal attacks of any kind or promotion will be removed and the user banned. The final decision will be at the discretion of the Taipei Times.

Get ready for the metaverse

Is the 26% ROE of Truecaller AB (publ) (STO: TRUE B) strong compared to its sector?